A Monaco art gallery is one of many venues around the world that exhibit the work of Colombian living legend Fernando Botero. The artist divides his time between the Principality and several other countries. 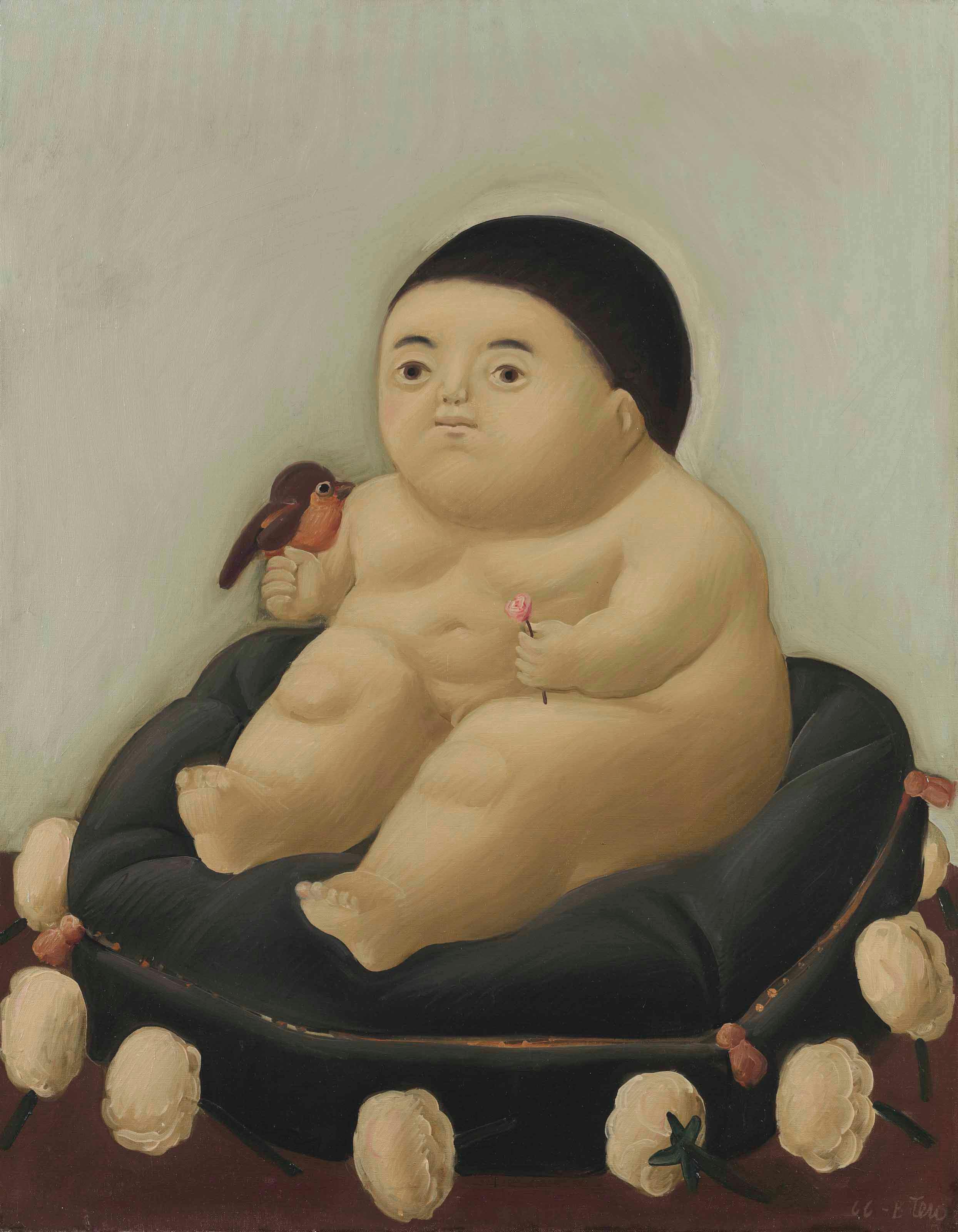 A few steps away from the Monaco art gallery, In the gardens of the Monte Carlo Casino, you can’t miss the stunning 12ft tall bronze of Adam and Eve, who could politely be described as 'generously proportioned' – naked and somewhat undignified, with sturdy thighs and expansive middles.

There is humour in their ungainliness, as there is in another of his bronzes, 'Woman Smoking a Cigarette,' which can be found in the Jardin de l'Espace Fontvieille.  The woman in question is large, naked and curvaceous. She lies on her stomach smoking a cigarette, with a serene, almost innocent look on her face.

Painter of the Fat Ladies

All are typical examples of the artist's signature style, which dates back to the 1950s and is known as 'Boterismo'.

“Many people know me as the painter of the fat ladies, and it doesn't disturb me,” he says.  “I like this fullness, this generosity, this sensuality that you communicate, because reality is rather dry.”

The artists' own reality, however, is far from dry.  At just sixteen, his first illustrations were published in the Sunday supplement of El Colombiano, one of his home city Medillin's most important newspapers.

He worked briefly as a set designer before moving to Bogota, where he held his first solo exhibition in 1951.  He spent the next few years visiting Spain and studying in Paris and Florence. He is said to have arrived in New York with just $200 in his pocket, only for his work to be spotted by a curator and put on display in the Museum of Modern Art.

Following this meteoric rise,  he is today considered Latin America's most recognised and collectible living artist, having achieved international recognition for his paintings, drawings and sculptures, on display around the world in over fifty museums.

He has said that “Art should be an oasis, a place of refuge from the hardships of life,” but is unafraid of controversy.  In 2004 he portrayed drug cartel violence in Colombia in a series of drawings and paintings he subsequently donated to the country's national museum.

A year later, he produced more than 85 paintings and 100 drawings, also donated to museums, depicting the abuse of prisoners during the Iraq war at the Abu Ghraib prison, in what he called “painting out the poison”.

Now 86 years old, Fernando Botero is still travelling and working  between no fewer than six studios worldwide, including one in Monaco.   His success and longevity can perhaps be put down to his own philosophy:  “One has to live in love with life.”

You only have to look at these two sculptures, and at his work in the Monaco art gallery, to get a sense of Botero's humour and vitality, as well, of course, as his own innate love of life.

To find out about Monaco property for sale, please contact us.

Art should be an oasis, a place of refuge from the hardships of life