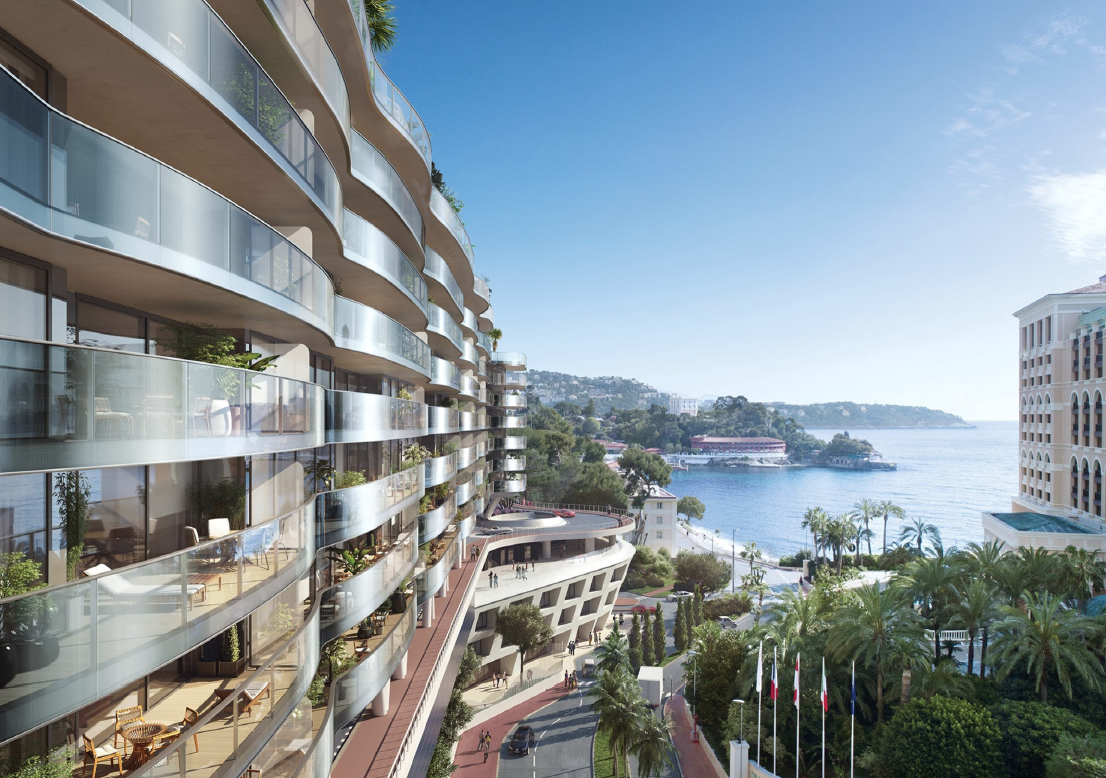 Testimonio II, Monaco is one of the biggest construction projects underway in the Principality and is scheduled for completion in 2024. This magnificent modern complex in the east of Monaco will stretch from Boulevard d’Italie to Avenue Princesse-Grace, over a surface of 9,755m2.

The sea-facing project incorporates 49 private apartments and a 25-store tower with 150 state-owned housing units. It will also house a 50-place kindergarten and the International School of Monaco, which has outgrown its premises on Hercules harbour. A nine-storey underground car park offering 1,100 spaces will benefit Testimonio II residents and the public.

Testimonio II’s gently undulating facades and landscaped areas will enable it to integrate harmoniously into the surrounding area. The tower will rise from the highest part of the sloping terrain and the adjoining private residences will overlook Boulevard du Larvotto. The International School, which is to be built on four levels, will be located on Avenue Princesse Grace, on the lowest part of the terrain.

Architect Alexandre Giraldi and the firm Arquitectonica designed Testimonio II Monaco for this project led by the Marzocco Group. The group has worked on prestige property projects in Monaco since 1980 and notably developed the ultra-luxurious Odeon Tower, Monaco’s tallest building, which was inaugurated in 2015.

The Principality awarded the project to the Marzocco Group following a competition. The group has entrusted interior designer Laura Sessa with creating a timeless aesthetic for Testimonio II.